The four new arrivals look forward to continuing the culinary delights they’ve experienced on the island thanks to the attentiveness of the Azorean customs officials (who didn’t confiscate Peter’s precooked deliciousness). Lest the US officials claim to be more on their game, TSA let Doug through security with his HUGE sailing knife.

The new crew now feels accepted as part of the Tioga crew after having been initiated into club Lulu. They were tested by Lolo’s and Nick’s challenges involving feats of agility, artistic ability, physical strength and a good old fashioned baptism.

During their pioneering of the new island, the new crew tried to blend in with the locals. Having an incredible lunch where they were asked if they had reservations (at 1:30 pm on a Wednesday) and then fishing at a local spot perched high on the side of volcanic cliff more than 100 ft above the crashing ocean. Doug cast out but was immediately crowded out by some locals who apparently needed to test his conviction because after a couple of minutes, he was welcomed back in. He fished for about 30 minutes during which time the man to his right caught 4 fish and the man to his left caught five! Of course I’ll leave it to you to guess how much we caught… Following our fishing adventure, we decided to take a dip in some volcanic pools but forgot to take the keys out, shorting the electronic key signal. With some clever engineering (taking the key apart and wiping it with a wet t-shirt) and then pushing the car up a hill and doing a rolling jump start, we got the car going and made it back to the boat.

2 thoughts on “Thoughts of the new crew” 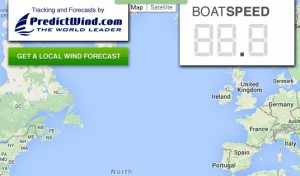